Items related to The Strange Death of David Kelly

The Strange Death of David Kelly 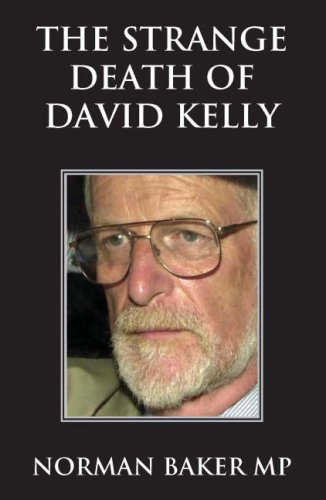 `A superb summation of all the evidence.'
-- Sunday Times Review

`As an exploration of what happens when politicians bend the evidence to fit their aims, hoping that the end will justify the means, Baker's book is hard to beat'
-- The Sunday Times, 11 November 07

`It may make uncomfortable reading for certain politicians, and members of the intelligence community but it is likely to persuade many that there was far more to the death of David Kelly than has been revealed'
-- Evening Standard, 17 October 07

`The highly-respected MP's personal quest to uncover the truth about Dr Kelly's death was prompted by deep concerns over the circumstances surrounding the apparent suicide'.
-- Daily Mail, 20 October 07

`When Norman Baker told me recently of his conviction that David Kelly had been murdered, I paid attention' -- Richard Ingrams, The Independent, 27 October 07

The high-profile death of David Kelly is still regarded by many as suspicious, and the events surrounding it as 'unfinished business'. Norman Baker has carried out extensive research, and argues that the verdict of suicide is not credible. The traditional inquest was replaced by the Hutton Report, which proved unsatisfactory in so many ways.The book looks in detail at the motives for the unlawful death of Dr Kelly and the various possibilities of who could be involved - before sensationally coming to the most likely scenario, to be revealed for the first time on publication.The book also analyses and criticises the official process instigated after his death, putting the entire episode into its British political context, and looking at the actions of government, particularly in relation to the Iraq war.

1. The Strange Death of David Kelly