Items related to Tomorrow Belongs to Me

Roberts, Mark Tomorrow Belongs to Me

Tomorrow Belongs to Me 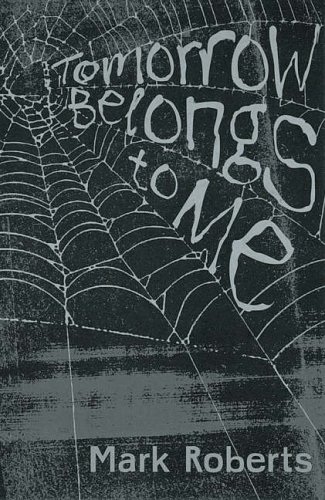 Four hours after running away from home, fifteen year old Danny thinks his luck couldn't possibly get any worse. He is stranded at a motorway service station and all he has left are the clothes he has on. He is approached by a smart eighteen year old with money, a four wheel drive and a video camera, who hums the eponymous song and has strong Neo Nazi views. Together they journey through England and get caught up in sabotaged fox hunt, an encounter with travellers and an illegal rave. They seem to get on, but Danny's luck has changed completely - for the worse. Wherever they go, a mysterious trail of death follows them. Danny is unknowingly trapped by the worst type of enemy imaginable, and one who is completely out of control.

"Make way for the Ruth Rendell of young adult fiction – Mark Roberts is simply unforgettable. With both authors, there is a constant sense of foreboding, and you're never sure who is the hero and who is the villain. Both authors also skillfully wait until the last possible minute to reveal the truth. When Danny decides to run away from home, he is frightened and confused – and soon grateful when Luke befriends him. Narrator Colin Moody expertly portrays the immature Danny and the astonishing mimicry of Luke. Moody is remarkable; you can hear Danny's realization that he has been set up and must deal with the increasingly psychotic Luke. Mature young listeners as well as adults will be entranced." (AudioFile Magazine)

A gripping tale of adventure and betrayal.

1. Tomorrow Belongs to Me

Book Description Andersen Press Ltd, 2004. Paperback. Condition: Used; Good. Dispatched, from the UK, within 48 hours of ordering. This book is in good condition but will show signs of previous ownership. Please expect some creasing to the spine and/or minor damage to the cover. Seller Inventory # CHL6172630

2. Tomorrow Belongs to Me

Book Description ANDERSEN PRESS LTD. Paperback. Condition: Good. No Jacket. A copy that has been read, but remains in clean condition. All pages are intact, and the cover is intact. The spine may show signs of wear. Pages can include limited notes and highlighting, and the copy can include previous owner inscriptions. At ThriftBooks, our motto is: Read More, Spend Less. Seller Inventory # G1842703048I3N00

3. Tomorrow Belongs to Me

4. Tomorrow Belongs to Me

Book Description -. Paperback. Condition: Very Good. Tomorrow Belongs to Me This book is in very good condition and will be shipped within 24 hours of ordering. The cover may have some limited signs of wear but the pages are clean, intact and the spine remains undamaged. This book has clearly been well maintained and looked after thus far. Money back guarantee if you are not satisfied. See all our books here, order more than 1 book and get discounted shipping. Seller Inventory # 7719-9781842703045

5. Tomorrow Belongs to Me

Book Description Andersen Press Ltd 01/04/2004, 2004. Condition: Very Good. Shipped within 24 hours from our UK warehouse. Clean, undamaged book with no damage to pages and minimal wear to the cover. Spine still tight, in very good condition. Remember if you are not happy, you are covered by our 100% money back guarantee. Seller Inventory # 6545-9781842703045

6. Tomorrow Belongs to Me

Book Description Andersen Press Ltd, 2004. Paperback. Condition: Used; Good. **Simply Brit** Shipped with Premium postal service within 24 hours from the UK with impressive delivery time. We have dispatched from our book depository; items of good condition to over ten million satisfied customers worldwide. We are committed to providing you with reliable and efficient service at all times. Seller Inventory # mon0001596477

7. Tomorrow Belongs to Me