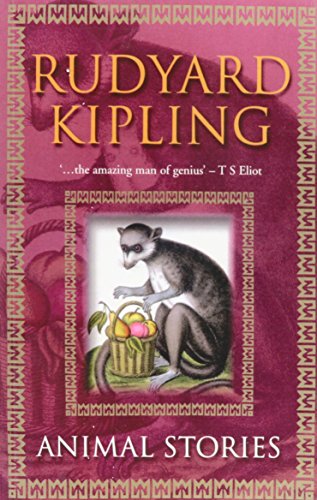 "The Camel's Hump," "The Cat That Walked by Himself," and "The White Seal" are just some of the enchanting tales collected together here. The collection also includes that most remarkable and endearing creation, "Rikki-tikki-tavi." Originally intended for children, these imaginative and inspired writings are just as suitable for adults and will delight readers of all ages.

Rudyard Joseph Kipling was born in the then named Bombay, India on 30th December 1865. Aged six, he was sent to England to be educated, firstly in Southsea, where he was cared for in a foster home, and later at Westward Ho, a United Services College in Devon. A life of misery at the former was described in his story 'Baa Baa Black Sheep', whilst Westward Ho was used as a basis for his questioning the public school ethic in 'Stalky and Co'. Kipling returned to India in 1882 to work as an assistant editor for the Civil and Military Gazette of Lahore. His reputation as a writer was established with stories of English life in India, published there in 1888/9. 'The Phantom Rickshaw', 'Soldiers Three' and 'Under the Deodars' are amongst these early works. Returning to England in 1889, Kipling settled in London and continued to earn a living as a writer. In 1892 he married Caroline Balestier, an American. They travelled extensively in the following four years, including a spell living in America, and it was in this time most of his enduring work was written, not least 'The Jungle Book' and 'The Second Jungle Book'. Kipling once again returned to England in 1896 and continued his writing career, although tragedy hit the family when his eldest daughter, Josephine, died in 1899. Nonetheless, in 1901 he completed 'Kim', often considered to be his best work. The following year, having settled in Sussex, he published 'Just So Stories', a book he had planned to write for Josephine. Having refused the position of Poet Laureate, which was offered in 1895, he did accept the Nobel Prize for Literature, becoming the first English author to be so honoured. By 1910, however, Kipling's appeal was waning. His poems and stories were based on values that were perceived as outdated. There was widespread reaction against Victorian imperialism, highlighted by the incompetent management of the Boer War. When World War I came, Kipling had difficulty in adapting to the mood of the public and after his only son, John, was reported missing in action believed killed in 1915, he became very active on the War Graves Commission. After the war he became an increasingly isolated figure, although some of his best writing was to come, with 'Debits and Credits' in 1926 and 'Limits and Renewals' in 1932. Kipling died in 1936 in London and was buried in Westminster Abbey. Today, however, he is once again avidly read not just for the quality of his writing and storytelling, but through a renewed inte

"The Camel's Hump", "The Cat That Walked By Himself" and "The White Seal" are just some of the tales collected together in 2Animal Stories". Originally intended for children, these writings are just as suitable for adults.