Items related to The Giant Under the Snow

Gordon, John The Giant Under the Snow

The Giant Under the Snow 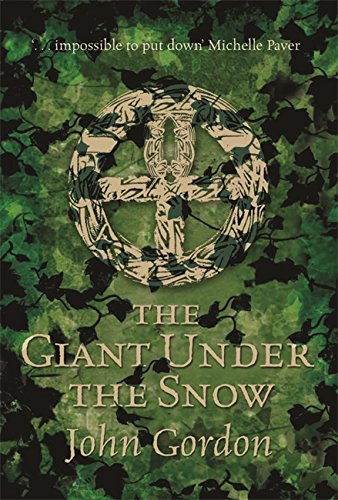 First published in 1968, THE GIANT UNDER THE SNOW created a fascinating world of magic, ancient evil and curses long before Harry Potter and His Dark Materials.

Three children find an ornate Celtic buckle. To them it's treasure, a fantastic find. They have no idea that it has awakened a giant who has lain at rest for centuries. Little do they know that an evil warlord and his Leathermen have also awaited this moment, this chance to wield their deadly power. In a chilling tale full of menace and suspense the final battle between good and evil must be fought.

This is a story that transcends age. Beautifully written, subtle and evocative, THE GIANT UNDER THE SNOW transports the reader into an intensely atmospheric world where the imagination knows no bounds.

'the story has lost none of its magic and menace. Both gripping and beautifully written, it should mesmerise a new generation.' (Angela Lockton (The Golden Treasury) THE BOOKSELLER 20.1.06)

'atmospheric and chilling and sure to grip a new generation of young readers.' (WOMAN'S WEEKLY)

'First published in 1968, Gordon's fantasy still remains fresh due to his finely-paired prose and lack of references dating his material. This is a book that will recall the works of Susan Cooper and Alan Garner in tis delieation of a classic clash when ancient eveil enters the present day. Gary Blythe's vignettes head each chapter, capturing the mood of a tale full of lurking menace.' (BOOKS FOR KEEPS)

'The pace of the narrative is rapid and there is a fierce and precise vitality in the descriptions... the account of the Green Man rising from the underground - at first menacing, ultimately benevolent - is stunning.' (Victor Watson INIS (Ireland))

1. The Giant Under the Snow

2. The Giant Under the Snow

3. The Giant Under the Snow