Items related to Jack The Ripper 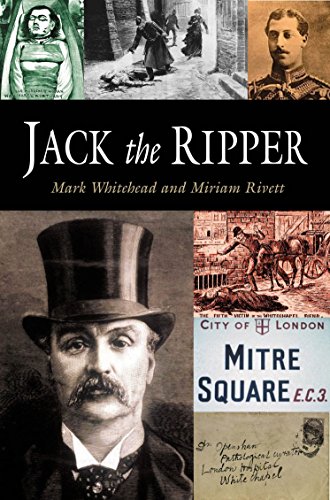 No-one in the annals of crime is capable of arousing such passionate debate as the perpetrator of the Whitechapel Murders in 1888. Was he a demented Royal, a Masonic assassin, a sexually-frustrated artist, a member of the Czarist secret police, a crazed reformist or even an escaped gorilla? This revised and updated edition contains a summary of Jack's crimes, victims and the illfated police investigation. It considers many of the Ripper's proposed identities, bringing you up to date with the latest suspects.

Christopher Barrat started out armed only with a degree in law and a bus conductor's license. He now has over 25 years of business experience. Working in the UK chemical industry, he was involved in sales, marketing and corporate purchasing before taking on more senior roles in ICI as European Sales Manager and Purchasing Director - experience that has given him a view 'from both sides of the table'. He is currently a director of the Greystone Partnership, where he specialises in developing skills in purchasing, negotiation, management and communication. He is a popular speaker and proud to be the first person to get the word 'Sex' into the CIPS annual conference agenda. He lives in Manchester with his family, and works with major blue chip companies throughout Europe.

Mark Whitehead started his career with a brief spell as a teacher before finding his vocation in journalism. He covered education, HR, management and general news for a variety of publications before specializing in purchasing joining "Supply Management" as deputy editor. The baffled looks on people's faces when he tried to explain what his magazine covered led to the idea of writing it all down in a book. He strongly believes that nothing is too complicated to be explained simply, which is one reason why he became a journalist and not a nuclear physicist. The other is that he dropped sciences in the fourth form. He lives with his wife and young son in north London, where he plays a variety of musical instruments and beats the congestion charge by cycling to work.