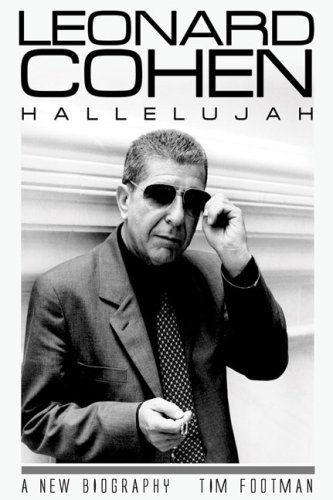 A major recording artist since the release of his first album in 1967, the legend that is Leonard Cohen has had a revival of religious proportions during the past two years. After spending the best part of the previous decade living in a monastery and meditating 12 hours a day, music's most eloquent poet rose again in the late noughties. Tim Footman tells Cohen's entire, fascinating story and goes on to include details of his newest material - his first for a decade. Features many new interviews with key Cohen associates and the most updated material available.

Tim Footman is the author of several biographies on bands, includingBlink 182: The Unauthorised Biography in Words and Pictures, Global Assassins: The Limp Bizkit Story in Words and Pictures,Radiohead: A Visual Documentary, and Radiohead: Welcome to the Machine. He is the former managing editor of theGuinness Book of World Records and has contributed pieces on music and pop culture to the Encyclopedia of Popular Music, the Guardian, andTime Out.