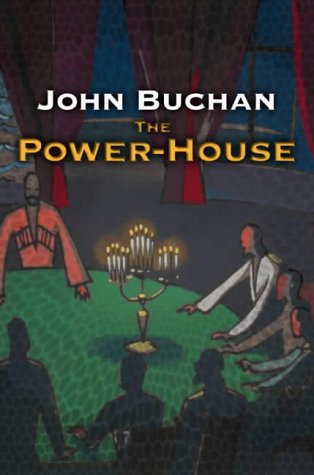 When his friend Charles Pitt-Heron vanishes mysteriously, Sir Edward Leithen is at first only mildly concerned. But a series of strange events that follow Pitt-Heron's disappearance convince Leithen that he is dealing with a sinister secret society. Their codename is 'The Power-House'. The authorities are unable to act without evidence. As he gets deeper involved with the underworld, Leithen finds himself facing the enemy alone and in terrible danger. AUTHBIO: John Buchan, Baron Tweedsmuir, was a Scottish diplomat, barrister, journalist, historian, poet and novelist. He wrote adventure novels, short-story collections and biographies. His passion for the Scottish countryside is reflected in much of his writing. Buchan's adventure stories are high in romance and are peopled by a large cast of characters. Richard Hannay, Dickson McCunn and Sir Edward Leithen are three that reappear several times. Alfred Hitchcock adapted his most famous book The Thirty-Nine Steps for screen.

When his friend Charles Pitt-Heron vanishes, Sir Edward Leithen is not too worried. But a series of strange events convince Leithen that he is dealing with a sinister secret society, 'The Power-House'. The authorities have no evidence, and as he gets more deeply involved with the underworld, Leithen finds himself alone and in terrible danger.

John Buchan was the first to realise the enormous dramatic value of adventure in familiar suroundings happening to unadventurous men. --Graham Green

Book Description House of Stratus, 2001. Paperback. Condition: Good. Connecting readers with great books since 1972. Used books may not include companion materials, some shelf wear, may contain highlighting/notes, may not include cdrom or access codes. Customer service is our top priority!. Seller Inventory # S_269226640

Book Description -, 2001. Paperback. Condition: Very Good. Power House This book is in very good condition and will be shipped within 24 hours of ordering. The cover may have some limited signs of wear but the pages are clean, intact and the spine remains undamaged. This book has clearly been well maintained and looked after thus far. Money back guarantee if you are not satisfied. See all our books here, order more than 1 book and get discounted shipping. Seller Inventory # 7719-9781842327845