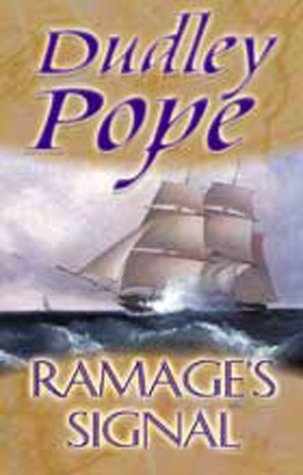 With Bonaparte Napoleon at the height of his powers, the Mediterranean can be safely considered exclusive French territory. So when Captain Ramage and his crew are sent alone into Mediterranean waters, they can expect to be outnumbered. But it is the French who discover they have an enemy they had not bargained for.

"Takes over the helm from Hornblower." --"Daily Mirror"

"Takes over the helm from Hornblower." "Daily Mirror""

"Takes over the helm from Hornblower." --Daily Mirror

Dudley Bernard Egerton Pope was born in 1925 into an ancient Cornish seafaring family. He joined the Merchant Navy at the age of sixteen and spent much of his early life at sea. He was torpedoed during the Second World War and his resulting spinal injuries plagues him for the rest of his life. Towards the end of the war he turned to journalism becoming the Naval and Defence Correspondent for the London Evening News. Encouraged by Hornblower creator CS Forester, he began writing fiction using his own experiences in the Navy and his extensive historical research as a basis. In 1965 he wrote 'Ramage', the first of his highly successful series of novels following the exploits of the heroic Lord Nicholas Ramage during the Napoleonic Wars. He continued to live aboard boats whenever possible and this was where he wrote the majority of his novels. Dudley Pope died in 1997 aged seventy one.