Items related to The Man Who Gave Away His Island: A Life of John Lorne...

Ray Perman The Man Who Gave Away His Island: A Life of John Lorne Campbell of Canna

The Man Who Gave Away His Island: A Life of John Lorne Campbell of Canna 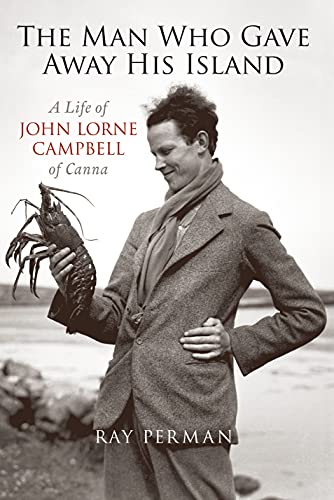 n 1938 John Lorne Campbell bought the Isle of Canna. He wanted to prevent an island described as the 'jewel of the Hebrides' from becoming a rich man's playground like so many other islands and Highland estates. He wanted to preserve part of the traditional Gaelic culture and show that efficient farming methods could be compatible with wildlife conservation and sustainability. But his determination to get the island forced him to pay more than he could afford and he spent the next ten years burdened by debt and often close to despair. This is the story of a remarkable man and his triumph over adversity, bank managers and bureaucrats to fulfil his dream. Even after he gave it to the National Trust for Scotland he still had to fight to secure his legacy. It is also the story of a 60-year partnership between John and his American wife, the musician and folklorist Margaret Fay Shaw, whose small frame contained a will 'made of Pittsburgh steel' which kept them going through the hard years. Together they collected and preserved a disappearing Gaelic culture and made a small island the centre of an international network of friends and supporters which continues after their deaths. Ray Perman has produced a brilliant, angular portrait; it is a thoughtful biography that is at once inspirational, harrowing, deeply moving, warm and witty.

Ray Perman was a journalist for 30 years in London and Scotland. He first met the Campbells in 1977 and corresponded with John until his death in 1996. He has been given exclusive access by the National Trust for Scotland to the Canna House Archive and the private notebooks and letters of John and Margaret Campbell. He lives in Edinburgh.

1. The Man Who Gave Away His Island: A Life of John Lorne Campbell of Canna