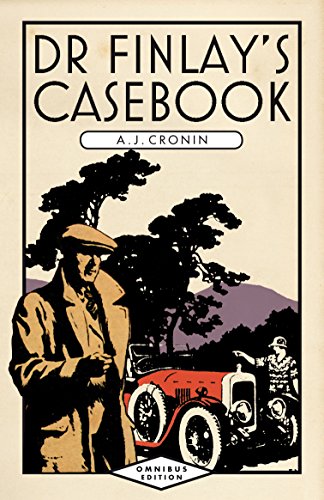 'Dr Finlay's Casebook' is a delightful collection of episodic stories of Dr Finlay and his life in the fictional Scottish village of Tannochbrae during the inter-war years and based on A.J. Cronin's own experiences as a doctor. The BBC went on to dramatise these stories on both television and radio during the 1960s and '70s, with the television adaption drawing weekly audiences of 12 million viewers. The characters were revived by ITV from 1993-96 and were adapted again for BBC radio in 2001 and 2002. This omnibus edition of 'Doctor Finlay of Tannochbrae and Adventures of a Black Bag' revive Cronin's masterpiece for a contemporary audience - stories which are tragic, funny and wry and which a celebration of Cronin's tremendous talent.

Archibald Joseph Cronin, born in 1896, was a novelist, dramatist and writer of non-fiction who was one of the most renowned storytellers of the twentieth century. His best-known works are The Stars Look Down, The Citadel, The Keys of the Kingdom and The Green Years, all of which were adapted to film. He served as a Royal Navy surgeon during the First World War before graduating from medical school. During an enforced holiday from his medical practice due to ill health he composed his first novel, Hatter's Castle, with which he enjoyed immense success and which launched his career as a prolific author; he never returned to practicing medicine. He died on 6 January 1981 (aged 84) in Montreux, Switzerland.