Items related to The Briggers: The Story of the Men Who Built the Forth...

Elspeth Wills The Briggers: The Story of the Men Who Built the Forth Bridge

The Briggers: The Story of the Men Who Built the Forth Bridge 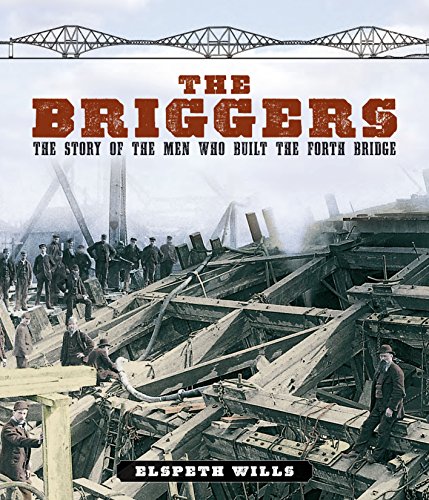 The Forth Bridge has long been recognised as one of the finest examples of Victorian engineering on the planet and has achieved an iconic status as one of the great feats of western civilisation since its official opening in 1890. Lavishly illustrated throughout with stunning archive images, Elspeth Wills uncovers the human story behind 'the engineering marvel': the story of the Briggers. It is a story that has never been told before - of ordinary men working on an extraordinary structure in an often hostile and dangerous environment. Recognised throughout the world as an enduring icon of Scotland, the Forth Bridge is more than just a testament to the genius of Victorian engineering, it is a monument to all those who worked to realise its vision and to the scores of lives that were lost in the process. In this groundbreaking new work, Elspeth Wills gives a voice to the forgotten heroes who helped to make the ambition of the Bridge a reality.

'a wealth of photographs puts faces on the long-forgotten navvies, engineers, divers and others' --The Scotsman

After graduating from St Andrews University with an honours degree in history in 1970, Elspeth Wills has spent her career as a researcher, interpreter and writer within advertising, marketing, economic development and visitor attraction environments. She has written over a dozen books on subjects as varied as natural history, new town development and Scottish innovation.

2. The Briggers: The Story of the Men Who Built the Forth Bridge