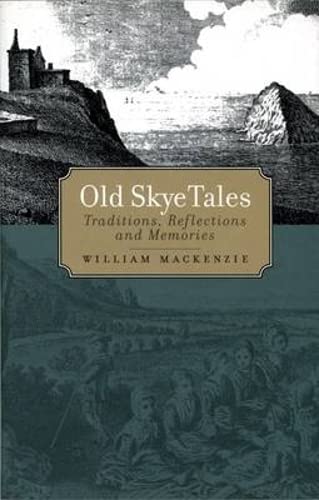 A compilation of lore, legend, tradition and incident from the Isle of Skye. It contains a large amount of information on the geography of the island (particularly the north) along with sections on crofting, the Church, local superstitions, sayings, second sight and even local characters past and present. It aims to prove a resource for the historian, as well as a compendium for those intersted in the island.

William Mackenzie was born in 1851 in Melness, Sutherland though moved to Skye at an early age. He began teaching in Uig and in 1879 was appointed headmaster of Valtos in Staffin. He became active in the crofter agitation of the 1880s and was one of the crofters' representatives at the Napier Commission of 1884. He retired in 1915 and began to write his reminiscences, which were published in two books in 1930 and 1934. The present volume is an edited compilation of these two works.