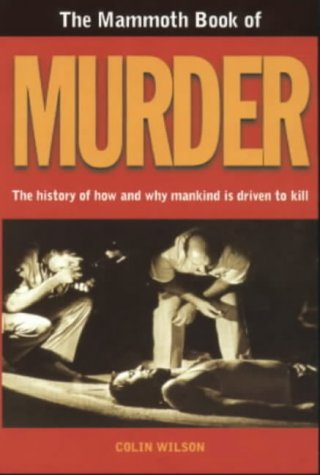 At the dawn of the second millennium, Colin Wilson offers a fascinating and often shocking view of mankind's violent history spanning some two thousand years, from the 'games' of ancient times to modern-day serial killers.
Starting with the horrifying entertainments of Ancient Rome, the author moves through the centuries illuminating such infamous figures as Vlad the Impaler, Ivan the Terrible, Gilles de Rais, Countess Elizabeth Bathory and the Marquis de Sade. Jacobean witch hunts, the gaslit Victorian underworld of Jack the Ripper and the gangland killings of the Jazz Age lead up to the serial killers of the modern day, among them Fred West, Jeffry Dahmer, the Russian Chikatilo as well as gruesome cannibal killers, random spree gunmen and the growing phenomenon of murder and the occult.

The history of how and why mankind is driven to kill

Colin Wilson, renowned criminologist, TV and radio personality, is one of the most popular and respected writers on both criminology and psychology. He is the best-selling author of more than 60 books, including The Outsider, The Criminal History of Mankind, A Plague of Murder, The Mammoth Book of True Crime and many other works of non-fiction and fiction. He lives in Cornwall.