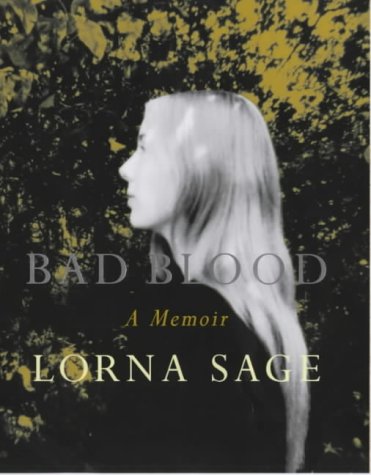 Physical description; [vi], 281 pages : illustrations, portraits ; 20 cm. Illustrated endpapers. Summary; Bad Blood brings alive in vivid detail a time - the 40s and 50s - not so distant from us but now disappeared. It tells the story of a childhood and adolescence dominated by an array of family members. From a childhood of gothic proportions in a vicarage on the Welsh borders, through adolescence, leaving herself teetering on the brink of the 1960's, Lorna Sage vividly and wittily brings to life a vanished time and place and illuminates the lives of three generations of women. Lorna Sage's memoir of childhood and adolescence is a brilliantly written bravura piece of work, which vividly and wickedly brings to life her eccentric family and somewhat bizarre upbringing in the small town of Hanmer, on the border between Wales and Shropshire. The period as well as the place is evoked with crystal clarity: from the 1940s, dominated for Lorna by her dissolute but charismatic vicar grandfather, through the 1950s, where the invention of fish fingers revolutionised the lives of housewives like Lorna's mother, to the brink of the 1960s, where the community was shocked by Lorna's pregnancy at 16, an event which her grandmother blamed on `the fiendish invention of sex'. Bad Blood is often extremely funny, and is at the same time a deeply intelligent insight by a unique literary stylist into the effect on three generations of women of their environment and their relationships. Subjects; Sage, Lorna - Childhood and youth. Sage, Lorna - Family. Sage, Lorna 1943-2001 - Childhood and youth. Sage, Lorna 1943-2001 - Family. Sage, Lorna - Studies. Women authors, English - 20th century - Biography. Wales - Social life and customs - 20th century. Hanmer (Wales) - Biography. Hanmer (Wales) - Social life and customs - 20th century. Wales ; Postwar period, 1945 to c 2000. BIOGRAPHY & AUTOBIOGRAPHY / Personal Memoirs. Genre; Autobiography.

This is one of those memoirs of a difficult, sometimes violent girlhood, that makes riveting reading--not as harrowing as Andrea Ashworth's brilliant Once in a House on Fire, but every bit as good. Whether this is voyeuristic is debatable, but clearly the author, Lorna Sage, felt she had something to tell, and she tells it vividly. She grew up with an absent father, a quiet and docile mother, and--the two most powerful figures of her formative years--a pair of ferocious, tyrannical, impossible grandparents. Her grandfather is the most striking of all, not least because he was a Church of England clergyman. Sage offers an unforgettable evocation of this bitter, hard-drinking, womanising cleric, as he strides through the desolate churchyard with his little granddaughter clinging onto his black skirts in the wind. "He was good at funerals, being gaunt and lined, marked with mortality. He had a scar down his hollow cheek, too, which grandma had done with the carving knife one of the many times when he came home pissed and incapable." The place, too, is strongly evoked: a small, isolated, squalid village on the English-Welsh border in darkest Shropshire, the very landscape of that haunting writer of the 1920s, Mary Webb. Sometimes, though, Sage's girlhood--we're only talking 1940s and 1950s here--feels more like it is something out of the pages of the Brontës, and indeed she acknowledges this freely. "Perhaps I really did grow up, as I sometimes suspect, in a time warp, an enclave of the 19th century?" That weird sense of anachronism makes this a riveting if sometimes uncomfortable read.--Christopher Hart

'Extraordinary in its intensity of recollection. Everything's so palpable - the sucking mud, the smells, the inflection of the langauge, the haughty misery of solitude. This is an important document in English social - and feminist - history, as well as a narrative that manages to envelop one in the press of its sensations.' -- Jonathan Raban