Items related to Latitude and the Magnetic Earth (Revolutions in Science...

Latitude and the Magnetic Earth (Revolutions in Science S.) 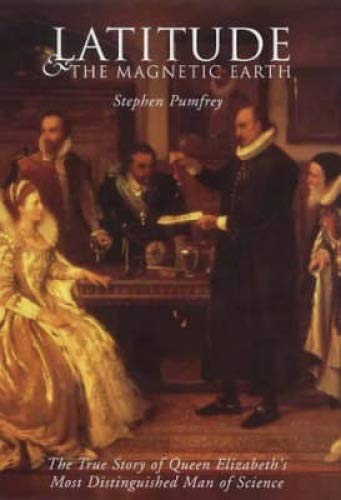 William Gilbert (1544-1603) was the most distinguished man of science in England during the reign of Queen Elizabeth I. The first person to use the terms electric attraction, electrical force and magnetic pole, he is considered to be the father of electrical studies. Gilbert's world was that of Elizabeth's royal court, a hive of elite mariners and navigators. Through them, he came to hear of a new discovery made by a retired sailor turned compass-maker, the magnetic 'dip'. Using some of the first examples of experimental method ever recorded, Gilbert came to consider the Earth as one vast spherical magnet, with the accompanying ability to determine much more accurately a ship's latitude at sea. This was the golden age of circumnavigation, of discovering new lands and new trade routes, and of the settling of new colonies. Unfolding the drama of Gilbert's discoveries, this book climaxes with an exploration of geomagnetism, via the story of longitude schemes so crucial to today's seafarers.

Stephen Pumfrey is a senior lecturer in the history of science at Lancaster University.

1. Latitude & The Magnetic Earth - the True Story of Queen Elizabeth's Most Distinguished Man of Science.

Book Description ICon Books, New York, 2002. Hard Back. Condition: Brand New. Dust Jacket Condition: Brand New. 1st. William Gilbert (1544ż1603) was royal physician to Queen Elizabeth I and the most distinguished man of science to emerge from her reign. He is the inventor of the term żelectricity', the father of electrical studies, the creator of modern magnetic science and ż most famously ż the discoverer of the Earth's magnetic nature. Yet, incredibly, he is largely unknown. Lively and accessible, Latitude & the Magnetic Earth ż the first new exploration of Gilbert for forty years ż brings the story up to date, leaving the reader with a vivid feel not only for the conflicts surrounding Gilbert's discoveries and his scientific legacy, but for the man himself. All of our books are in the shop, and are 'real' books. We try to post the same day as the order. Descriptions are conservative. Postage rates may be lower than ABE estimate, please use Ask Bookseller a Question to confirm availability and postage cost, use [Ask Bookseller a Question] option below to confirm availability and get accurate postage quote for this item (the amount quoted is for an 'average' hard-cover book of up to 1kg in weight). Seller Inventory # 015271