Items related to Douglas Bader: A Biography of the Legendary World War... 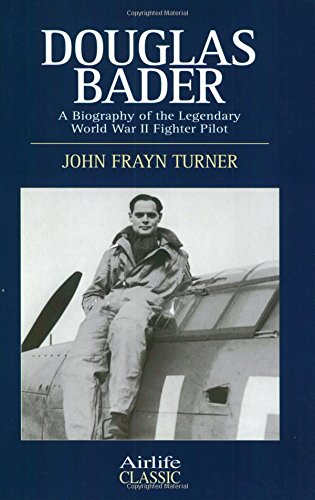 Based on taped conversations between the author and Douglas Bader, this biography of the legendary World War II fighter pilot covers his childhood, his career at Cranwell, and the accident in which he lost his legs, following which he was invalided out of the RAF, and later recalled. The remarkable phase of the war years is dealt with in detail - the return to flying, the Battle of Britain, the 100-or-so offensive fighter patrols, his collision in the air, and his years as a POW. The book then traces Bader's transition from war to peace, his growing fame, and his work for the disabled. John Frayn Turner collaborated with Bader on "Fight For the Sky", and is also the author of "The Bader Wing" and "The Bader Tapes".