Items related to The Great Escapers 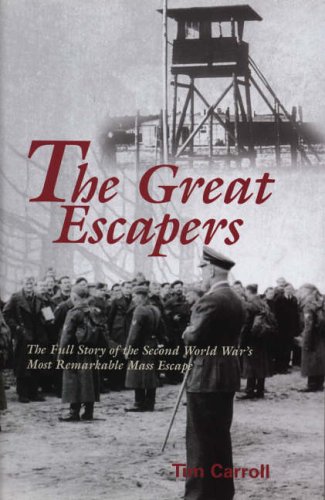 The Great Escape was one of the most remarkable episodes of the Second World War. In the attempt to break 200 men out of Hermann Goring?s ?escape proof? prisoner of war camp, 76 Allied officers evaded capture, creating havoc behind enemy lines in the months before the Normandy invasion. In March 2004, sixty years after the event, the ingenuity of the masterminds behind this audacious breakout will be celebrated. The Great Escapers tells the story of these men who managed to break free from the supposedly impenetrable barbed wire and watchtowers of Stalag Luft III, Goring?s showcase prison camp near Sagan. Also revealed is the important role Stalag Luft III played in Allied intelligence operations within occupied Europe: the prisoners developed an intricate espionage network, feeding details of military deployments and strength levels back home and relaying details about the accuracy of bombing raids. Some of the escapers were also involved in other daring escape attempts, including the famous Wooden Horse episode, also turned into a classic film, and the little-known Sachsenhausen breakout, engineered by five Great Escape survivors sent to die in the notorious concentration camp on Hitler?s personal orders. The Great Escape ended in tragedy with 50 of those involved being murdered by the Gestapo. The author examines their deaths and the post-war investigation to bring their killers to justice. The Great Escapers charts this extraordinary story through the experiences of those who lived under the sweeping searchlights of ominous watchtowers, ending with the seven remaining men who broke out that March night sixty years ago ? the last of the Great Escapers.

Tim Carroll is a national newspaper journalist and televison producer. He wrote the critically acclaimed biography of the director Woody Allen and was co-author of IN HITLER'S BUNKER. He is married with two children and lives in London.