Items related to Power, Impartiality and Justice (Avebury Series in... 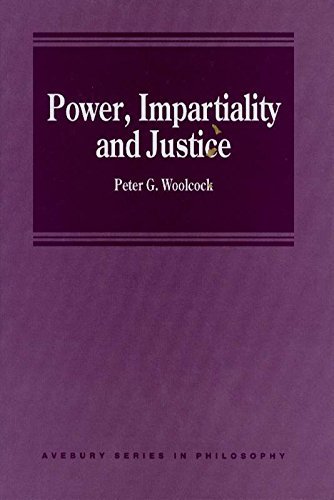 This work sets out to develop a general method for deciding which acts are morally right and which acts are not - a method that is applicable to any culture, religion, social group or individual. It is primarily concerned with when it is morally right to restrict the freedom of individuals or groups through the power of the state, but also deals with when morally wrong acts should not be illegal. The rationale that the author develops - a contractarian theory of moral rightness - is based on the concept that the contract is negotiated by parties who have equal power. As such, the contract is an ideal of what an unforced agreement should be as to the principles and laws that should govern behaviour. If successful, it demonstrates that those who break these principles or laws are committed to the resolution of conflicts or disagreements, not by the use of reason and argument, but by the use of force. This work provides a justification for the rightness of the principles and laws it produces.