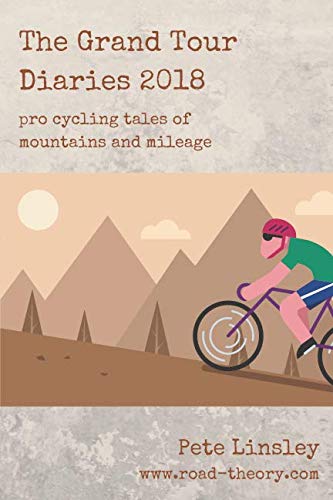 A Grand Tour is a three-week bike race of three-thousand kilometres. Up mountain, down valley, crossing sun-baked plains and snow-ploughed passes. Benign one day and brutal the next. Skirting towns and criss-crossing cities. In and out of every cheap hotel from Paris, to Madrid, via Rome. It’s the ultimate test for a pro cyclist.The Grand Tour Diaries tell the story of 2018; it's a story of British cycling glory, drama, and excitement. From epic mountain climbs to high speed sprints, traversing every sun-baked, cobble-stoned, olive-groved corner of Europe. There is pain and suffering. There are Champagne-soaked celebrations. And there is Nutella; eaten in a hotel room, from the jar, with a spoon. All sixty-three stages from the Giro d'Italia, the Tour de France, and the Vuelta Espana...and thank HEAVENS there are three more of these next year!