Items related to The Kings & Queens of Britain (Arcturus Science... 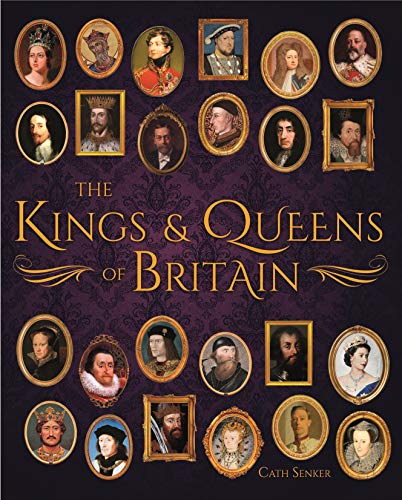 Who was the first King of England? Did Henry I assassinate his brother? How did 'Bloody Mary' reinstate Roman Catholicism?

For more than 1,000 years the British monarchy has dramatically shaped national and international history. Kings and queens have conquered territory, imposed religious change and extracted taxation, each with their own motivations and ambitions.

In this beautifully illustrated book, Cath Senker delves into the extraordinary history of the British monarchy and its host of kings, queens and pretenders. There have been benevolent rulers, violent ones, religious fanatics, brilliant economists, masters of diplomacy and the power hungry. But whether they have abused their power or used it for good, each monarch has played a part in the rich tapestry of British history, coping with both international and civil wars, rebellions and criticism.

Cath Senker is an author, editor and Royal Literary Fund Consultant Fellow. She has written numerous titles in the areas of history, biography and global and social issues for both adults and children. She is also a part-time consultant for the University of Sussex. Her most recent work, Stranded in the Six-Day War, was described by the BBC's Middle East editor, Jeremy Bowen, as 'a brilliantly researched and written account of an almost forgotten incident in the 1967 Middle East war'. Cath lives in Sussex.

1. The Kings & Queens Of Britain

2. The Kings & Queens of Britain (Hardback or Cased Book)

4. The Kings & Queens of Britain (Hardcover)

Book Description Arcturus Publishing Limited, 2019. Hardcover. Condition: New. Illustrated. Hardcover. Who was the first King of England? Did Henry I assassinate his brother? How did 'Bloody Mary' reinstate Roman Catholicism? For more than 1,000 years the British monarchy has dramatically s.Shipping may be from multiple locations in the US or from the UK, depending on stock availability. 192 pages. 1.120. Seller Inventory # 9781789505719