Items related to The Dark Forest (The Three-Body Problem): 2

The Dark Forest (The Three-Body Problem): 2

The Dark Forest (The Three-Body Problem): 2 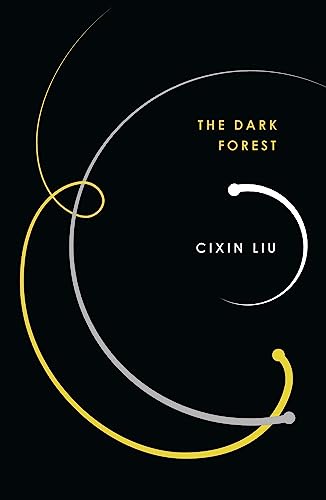 Imagine the universe as a forest, patrolled by numberless and nameless predators. In this forest, stealth is survival any civilisation that reveals its location is prey.

Earth has. Now the predators are coming.

Crossing light years, they will reach Earth in four centuries' time. But the sophons, their extra-dimensional agents and saboteurs, are already here. Only the individual human mind remains immune to their influence.

This is the motivation for the Wallfacer Project, a last-ditch defence that grants four individuals almost absolute power to design secret strategies, hidden through deceit and misdirection from human and alien alike. Three of the Wallfacers are influential statesmen and scientists, but the fourth is a total unknown.

Luo Ji, an unambitious Chinese astronomer, is baffled by his new status. All he knows is that he's the one Wallfacer that Trisolaris wants dead.

'A breakthrough book ... a unique blend of scientific and philosophical speculation, politics and history, conspiracy theory and cosmology, where kings and emperors from both western and Chinese history mingle in a dreamlike game world, while cops and physicists deal with global conspiracies, murders, and alien invasions in the real world'. --George R.R. Martin

'Even what doesn't happen is epic'. --London Review of Books

The final installment of China's bestselling, award-winning apocalyptic space opera trilogy that ranges from the 1960s to the heat death of the Universe.