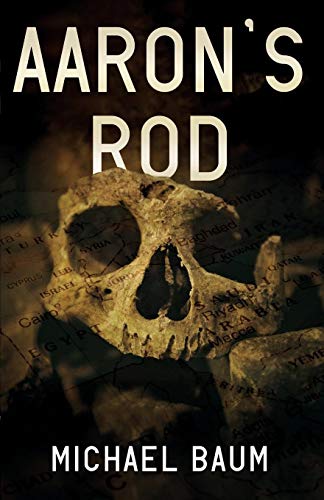 During the archaeological excavations of Lachish in 1938, James Starkey discovers a copper scroll in a clay cylinder buried under a pyramid of skulls dating back to the Assyrian conquest in the 7th Century. The contents of the scroll are so sensitive that he hides the find in a cave at Maresha where his body is found the following morning. Just over 70 years later Professor Joshua Black, professor of surgery at London University, is discovered hanging from a tree on Hampstead Heath; an apparent suicide. But Olive Hathaway, an elderly genteel lady has reason to suspect that his death was not a suicide at all. Dr. Sanjay Manchandra also has reason to believe that Professor Black had not taken his own life. The English widow and the young expatriate Indian surgeon, link up as an unlikely pair of detectives. The amateur sleuths follow the trail from London to the Holy Land, and on to the secret scroll hidden all those years before. This in turn leads them to a treasure trove in a vault deep underground at the site of the Temple of the ancient northern kingdom of Samaria near the Syrian border and the Golan Heights. The climax of the story is the battle for the possession of Aaron s rod between the allies and the so-called Islamic State

Michael Baum qualified in medicine at Birmingham University medical school in 1960 and has held chairs of surgery at Kings College London, the Institute of Cancer Research and University College London. In the past he has been President of the British Oncology Association and was awarded the gold medal of the International College of surgeons for his research into the treatment of breast cancer. On retiring as a professor of surgery at University College London, he has spent the rest of his career teaching and promoting "Medical Humanities" including fine art, literature and philosophy.