Items related to A Claxton Diary: Further Field Notes from a Small Planet 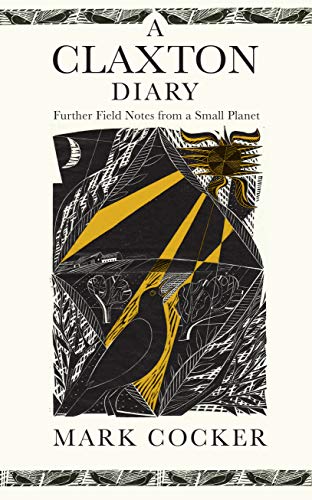 For seventeen years, as part of his daily writerly routine, the author and naturalist Mark Cocker has taken a two-mile walk down to the river from his cottage on the edge of the Norfolk Broads National Park. Over the course of those 10,000 daily paces he has learnt the art of patience to observe a butterfly, a bird, flower, bee, deer, otter or fly and to take pleasure in all the other inhabitants of his parish, no matter how seemingly insignificant.

In turn these encounters have then been converted into literary epiphanies that are now a widely celebrated part of his work. In A Claxton Diary he has gathered some of the finest short essays that he has ever written on wildlife. They range over almost everything he can see, touch or smell, from the minute to the cosmic, from a strange micromoth called yellow-barred longhorn to that fiercest of winter storms the so-called ‘Beast from the East’.

Here also are blackbirds at their dawn chorus, or owls ghosting down the dykes at last light. Here are unwedded queen ants pouring out of the pavement cracks for their nuptial flights, or a garden cross spider spraying a bumblebee with jets of silk that are, gram for gram, stronger than tensile steel.

From the marvellous to the macabre, Cocker tries to capture nature without flinching and in its entirety. In so doing he provides us with a vision of an English country parish that for intimacy and precise detail is comparable with Gilbert White’s diary on Selbourne. Above all he reminds us that we are all just members of one miraculous family, fashioned from sunlight and the dust from old stars.

"Cocker... [is] by turns hugely evocative or bitingly direct... If you already know Mark Cocker’s work, you’ll need no persuading to buy this – if you don’t, treat yourself to a very fine collection of nature essays." (Matt Merritt and David Chandler Bird Watching, *Book of the Month*)

"The result of his [Cocker’s] careful observations of the countryside around him... Wonderful." (The Simple Things)

Mark Cocker is an author, naturalist and environmental activist whose eleven books include works of biography, history, literary criticism and memoir. His book Crow Country was shortlisted for the Samuel Johnson Prize in 2008 and won the New Angle Prize for Literature in 2009. With the photographer David Tipling he published Birds and People in 2013, a massive survey described by the Times Literary Supplement as ‘a major literary event as well as an ornithological one’. His most recent book, Our Place: Can We Save Britain's Wildlife Before It Is Too Late?, was described by the Sunday Times as 'impassioned, expert and always beautifully written... a sobering and magnificent work'.