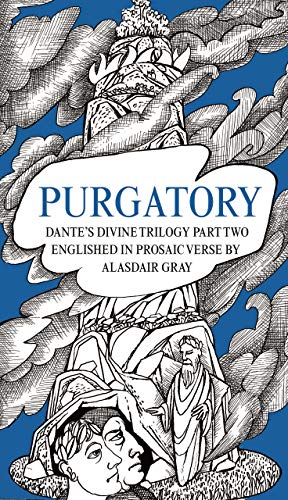 In part two of La Divina Commedia, one of the masterpieces of world literature, Dante and his guide, the poet Virgil, must enter and traverse Purgatory and the seven deadly sins in their quest to reach Heaven. In this sublime version of Dante's masterpiece, Alasdair Gray offers an original translation in his own unique idiom.

"PRAISE FOR HELL: Alasdair Gray has cast a spell over Dante's Hell, creating (and decorating) a verse translation that is modern, lyrical, yet faithful to the original" (New Statesman, Best Books of 2018)

"No other translator has made the narratives so clear or strong, and the distinctive power of the work lies in the clarity of the storytelling . . . This Hell is a magnificent feat of reimagining of one of the greatest of all human creations" (Herald)

"Slick, easy to read . . . Gray is rather good at catching the colloquial nature of the poem . . . An excellent primer to Dante . . . In terms of verve, vim and vigour Gray has succeeded here. It is, if such a thing can be, an "easy" Dante, and one that does capture the comedy as well as the pathos and anguish of the poem" (Scotsman)

"A great writer, perhaps the greatest writer living in Britain today" (WILL SELF)