Items related to The Roman Amphitheatre of Chester Volume 1: The Prehistoric...

The Roman Amphitheatre of Chester Volume 1: The Prehistoric and Roman Archaeology 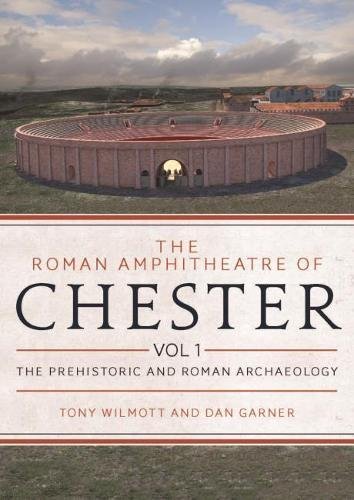 This is the first of two volumes dealing with the major research excavations on the Chester Amphitheatre in 2004 2006. The amphitheatre was discovered in 1929 and partially excavated in the 1970s, after which the northern half was laid out as a public monument. Subsequent questions about the future of the site and the original interpretation prompted the recent work which was part funded by English Heritage and the (then) Chester City Council. The first amphitheatre was built in the 70s AD. It had a stone outer wall with external stairs and timber framed seating, the structure of which can be reconstructed. The second amphitheatre was built concentrically around the first, sealing deposits relating to the behaviour of spectators and the economy of spectacles in the first building. Amphitheatre 2, probably built in the later second century, was the largest and most impressive amphitheatre in Britain, featuring elaborate entrances, internal stairs and decorative pilasters on the outer wall. Although heavily robbed, sufficient survives to enable a confident architectural reconstruction to be proposed. Arena furniture hints at the type of spectacles that took place here. Beneath the seating banks of the amphitheatres evidence for prehistoric settlement was recovered the first substantial prehistoric archaeology to be found in Chester. Occupation began with a Mesolithic phase, followed by a Middle Iron Age agricultural settlement and finally Late Iron Age cord-rig ploughing. This fully integrated volume tells the story of the site from the Mesolithic to the end of the life of the amphitheatre. It contains full stratigraphic and structural detail, including CGI reconstruction of Amphitheatre 2, artefactual and ecofactual evidence, and takes account of the findings of all excavations on the site since 1929. A second volume will deal with the robbing and reuse of the amphitheatre in the post Roman period, and the development of the medieval and post-medieval urban landscape of the site.

[The authors] are also to be congratulated on a report that manages to combine engaging and incisive overviews of the amphitheatre and its environs―including the fortress―with a detailed scientific account of the work and its results... the amphitheatre proved to be of long-standing importance; the same will surely be true of this report. Source: Antiquity 26/09/2018

The study is breathtakingly impressive in its use of multi-disciplinary skills, high production values, and well-written text. Source: British Archaeology 04/10/2018

...demonstrates the level of precision and information that can be achieved through modern archaeological techniques. The methodology utilised here should provide a template for future projects undertaken in urban areas. Source: Proceedings of the Prehistoric Society

Tony Wilmott is Senior Archaeologist with Historic England. He has excavated widely on Roman military, and early medieval sites in Britain and published widely, including The Roman Amphitheatre in Britain (2007). He co-directed the Chester amphitheatre excavation.

Dan Garner is a partner at L-P Archaeology, based in Chester, and has worked for many years in both the public and commercial sectors of archaeology, specialising in the archaeology of Chester and Cheshire, with a particular interest in ceramics. He co-directed the Chester amphitheatre excavation.

1. The Roman Amphitheatre of Chester: The Prehistoric and Roman Archaeology: Vol 1