Items related to The Flying Scotsman: Speed, Style and Service 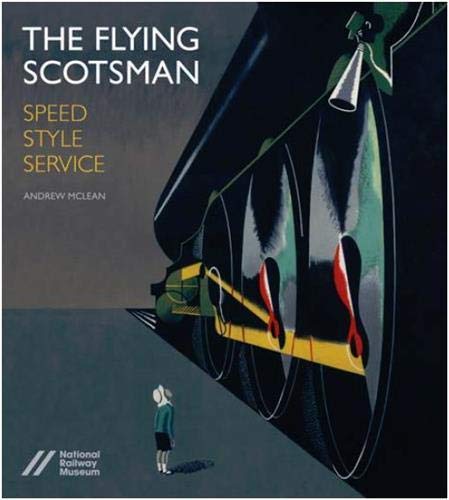 No other train has entered the British national consciousness in the same way as the Flying Scotsman. It has been the star of films, music, dances, literature and even a cocktail - designed at the train's own cocktail bar in the 1930s.

The Flying Scotsman first ran in 1862; it still runs today, passing through incarnations like stations through the years. In its heyday of the 1920s and '30s it was seen as the pinnacle of modernity: a stylish, glamorous feat of engineering. Now it is viewed through the heady steam of nostalgia; an iconic image of days gone by.

This book follows the story of the Flying Scotsman in a way that no other history has, expertly weaving together the tale of the locomotive with a wider historical narrative. Furthermore, it delves into the less-known stories of the train - such as its sabotage by striking miners in 1926 - and features superb examples of poster art and other publicity materials commissioned by the LNER to promote the service, and documentary photography from the nineteenth century to the present. Written by the current curator of the National Railway Museum, the story of the Flying Scotsman has never been told so well.

'the great delights of the book are the 200 illustrations chosen by McLean.' --The Scotsman

Andrew McLean is curator of the National Railway Museum. He first visited the museum on its opening day in 1975, and his passion for trains and railways has never waned.