Items related to The Benefit of Hindsight: Simon Serrailler Book 10 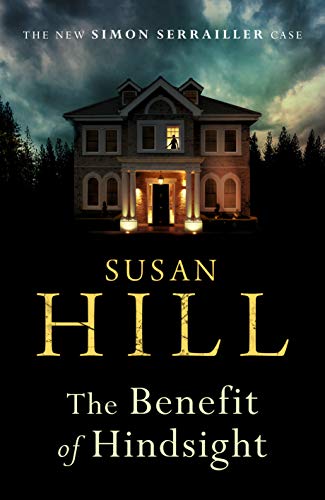 In this, the tenth Simon Serrailler crime novel, Simon must engage with his own demons as Lafferton struggles to cope with a series of crimes that threaten the sanctity of hearth and home.

On the face of it DC Simon Serrailler has had time to recuperate after the violent incident that cost him his arm, and nearly his life. He is back in harness at Lafferton CID, but is spending his spare time high up in the cathedral roof, making drawings of the medieval angels which are being restored.

Lafferton is going through a quiet patch, so far as crime is concerned, until one rainy night two local men open their front door to a couple seeking shelter. A serious error of judgement in the investigation puts Simon’s reputation on the line and calls into question how full his recovery has really been.

In her new role as a private GP, Simon’s sister Cat’s medical and counselling skills are tested by terrible and unexpected events at the homes of two very different Lafferton women. Simon and Cat’s unreliable father, Richard, has returned to live nearby, in a luxury apartment for the well-heeled over 60s. He’s soon up to his usual tricks.

In this, the tenth Simon Serrailler crime novel, Simon must battle his own demons as Lafferton struggles to cope with a series of crimes that threaten the very sanctity of hearth and home.

‘Fans cherish Hill's work for its judicious mix of the professional and personal... Serrailler is one of the most richly drawn coppers in the field’ Barry Forshaw, Guardian

‘As addictive as Rankin’ Scotsman

‘Keeps the reader gripped until the last page’ Sunday Express

‘Nothing’s quite as it seems, except Hill's brilliantly compelling prose’ Daily Mirror

"Beautifully told, Hill’s gimlet eye and steely prose remind you how fierce she can be" (Geoffrey Wansell Daily Mail)

"The Benefit of Hindsight evolves organically by way of a brilliant fusion of parts: plot, setting, characters, dialogue... I read it at a sitting. Not just a good book but an experience" (Gwen Moffat Shots)

"Superb... It's a book to start when you have time to spare as you're not readily going to put it down until you get to the last page... I read it in just over a day and I'm still thinking about the characters days later" (Bookbag)

"I love the Simon Serailler series and this was my favourite for a while... the ongoing family drama is hugely compelling. Add to that cleverly woven mystery elements and this, for me, puts this series somewhere near the top of my literary crime favourites" (Liz Loves Books)

Susan Hill has been a professional writer for over fifty years. Her books have won awards and prizes including the Whitbread, the John Llewellyn Rhys and a Somerset Maugham, and have been shortlisted for the Booker. She was awarded a CBE in the Queen's Diamond Jubilee Honours. Her novels include Strange Meeting, I’m the King of the Castle, In the Springtime of the Year and A Kind Man. She has also published autobiographical works and collections of short stories as well as the Simon Serrailler series of crime novels. The play of her ghost story The Woman in Black has been running in London’s West End since 1988. She has two adult daughters and lives in North Norfolk.