Items related to The Last Days of Owain Glyndwr

The Last Days of Owain Glyndwr 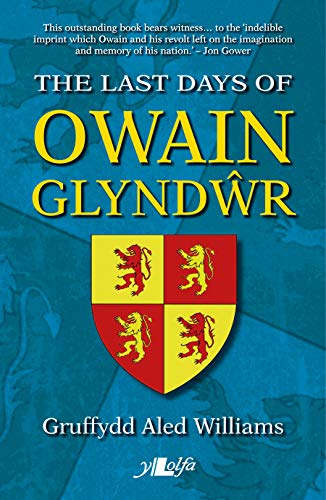 Owain Glyndwr is one of the most important figures in Welsh history. This examination of the traditions which have developed about the location of his death and where he might have been buried rigorously assesses claims, based on evidence in manuscripts and on the ground.

Owain Glyndwr is one of the most important figures in Welsh history. Winner of the 2016 Welsh Book of the Year award for the original Welsh-language version of this book, Gruffydd Aled Williams here examines the traditions which have grown up in the 600 years since Glyndwr's death around the last days of his life. Although some attention has been given to these issues in popular books about Glynd r, many accounts have been rather misleading or fantastical. In this book, Williams rigorously assesses claims made about the location of Glyndwr's death and where he might have been buried, based upon evidence in manuscripts and on the ground, and sifts through the truth and the fiction. He also investigates Glyndwr family history and, based on new research, brings to light information available in English for the first time, for example about Glyndwr's illegitimate daughter from Tal-y-bont.

What can be said, most emphatically, is that in the pages of Gruffydd Aled Williams's absorbing, authoritative and hugely knowledgeable study, Glyndwr lives on. --Llinos Beverley Smith

Gruffydd Aled Williams grew up in Glyndyfrdwy, Owain Glyndwr's own neck of the woods. Before retiring, he lectured in Welsh at University College, Dublin and Bangor University, and was Professor of Welsh and Head of the Welsh Department at Aberystwyth University. He delivered the British Academy's Sir John Rhys Memorial Lecture in 2010 on medieval poetry associated with Owain Glyndwr, contributed to Owain Glyndwr: A Casebook (2013) and was elected a member of the Gorsedd of Bards in 2002 and the Learned Society of Wales in 2014. He is President of the Merioneth Historical and Record Society.

1. The Last Days of Owain Glyndwr

2. The Last Days of Owain Glyndwr

3. The Last Days of Owain Glyndwr

5. The Last Days of Owain Glyndwr