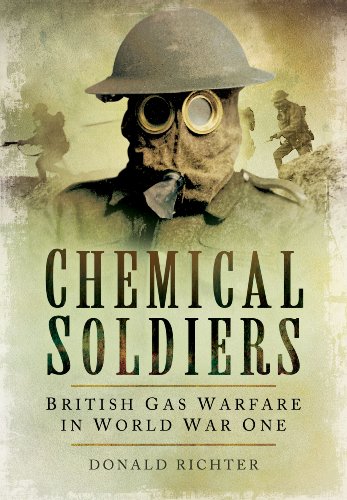 They were sometimes the butt of jokes, the 'comical chemical corporals.' Officially they were the British Special Brigade, sent to retaliate against German chemical warfare, selected, as one of their members said, almost willy-nilly. "They wanted chemists," a young recruit recalled, "so I looked up the formula for water and told them it was H2O and I was in." Although the Brigade has received little attention since its disbandment following the war, chemical warfare in World War I has been mythologized, sentimentalized and vilified. Its image has been distorted by legends and sensationalized by half-truths. Taking a new look at the reality of poison gas warfare in World War I and the role of the Brigade, Donald Richter exposes the myths perpetuated over the years by novelists and misinformed sentimentalists and challenges prevailing views. He weaves data from official military records with personal anecdotes from diaries, letters and memoirs to create a real-life account of the formation of the Brigade and the frustration, fear, boredom, pain and day-to-day life that followed. To make the story complete, Richter takes a critical look at the Brigade's leader, Charles Foulkes, revealing a forceful and capable but stubbornly obstinate commander.

Donald Richter is a professor of history at Ohio University. He is author of Riotous Victorians.