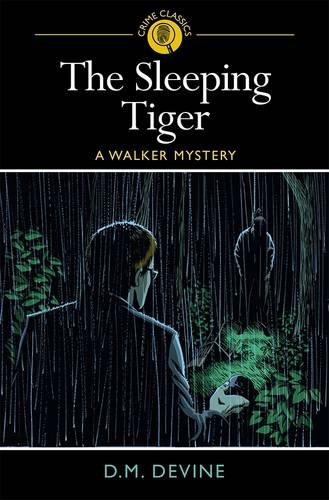 Charged with two murders, six years apart, and with no defence worthy of the name, a guilty verdict against solicitor John Prescott seems inevitable. The history presented by the prosecuting counsel goes back five years into the past: to fateful meetings with the women in Prescott's life, Norah Browne and Harriet Reece; to the rupturing of friendships and relationships in a small town shattered by violent death. Prescott is powerless, apathetic even, when confronted by the overwhelming evidence. And yet someone else, one of the witnesses, must have been the killer. But which one?

A hugely underrated and unjustly neglected writer, Dominic Devine (1920-80) was the author of a succession of internationally successful mystery and whodunit novels. Secretary and Registrar of the University of St. Andrew's, he wrote thirteen books in total, under his own name (David McDonald Devine) and also under the pseudonym Dominic Devine.

The Sleeping Tiger: A Walker Mystery