Items related to A Song from Dead Lips: Breen & Tozer 1 (Breen and...

A Song from Dead Lips: Breen & Tozer 1 (Breen and Tozer) 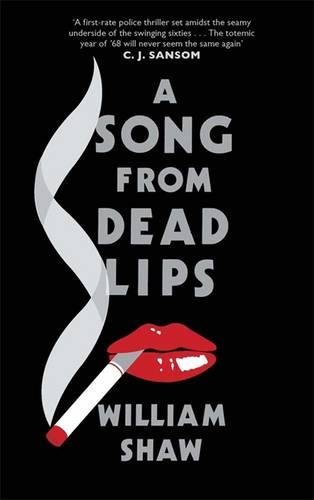 London, October 1968. As Beatles fans encamp outside Abbey Road Studios up the road, the Marylebone CID is as much an old boys' club as it ever was: comfortably sexist, racially prejudiced and crawling with corruption. Detective Sergeant Cathal Breen is the pariah of the office, having just run out on a fellow officer held at knifepoint, when it's shaken up by the arrival of WPC Helen Tozer: awkward chatterbox, farmgirl, and the first woman to enter the murder unit - apart from the secretary. When a young woman is found naked and strangled in well-to-do St John's Wood, her identity is a mystery. The neighbours offer nothing but xenophobic suspicions, witnesses are staying silent; only Tozer's savvy gives Breen a lead. Following it, resourceless, deep into the rural backwaters, Breen sees one dead body lead to another - a trail of bloodshed taking them dangerously close to a killer with everything to lose. The first in a trilogy featuring DS Breen and WPC Tozer, set against a clashing backdrop of sixties idealism and a corrupted CID on the brink of exposure.

'A first-rate police thriller set amidst the seamy underside of the swinging sixties ... The totemic year of '68 will never seem the same again' C. J. Samson. (C. J. Samson)

'Excellent ... authentic, often humorous ... The Sixties have been examined and presented every which way, but A Song From Dead Lips manages to be something fresh, both in this regard and as a detective novel' Killing Time Crime. (Killing Time Crime)

'London in 1968 is an evocative setting and Shaw skilfully re-creates an era of social turmoil and class conflict' Sunday Times. (Sunday Times)

'Superb characterisation, a vivid recreation of the era, its sights, sounds and prejudices make this a highly enjoyable and readable debut for the pairing, although with Tozer threatening to return to the West Country, a series seems a shade ambitious. I trust that Shaw, who is certainly a name to note for the future, has a plan to subvert this and we shall see this original and likeable couple again soon' Crime Review. (Crime Review)

The first Breen & Tozer police thriller that reveals gritty sixties London in all its power and prejudice.