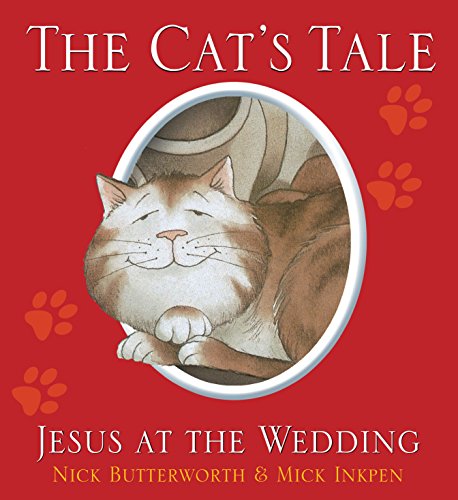 A sleepy cat up on the roof spies something interesting going on in the courtyard below - rushing around, guests...food! As the cat goes down to sneak scraps from the table he tells the story that he sees unfolding before him: Jesus turning water to wine. A charming slant on the famous Bible story, told and illustrated by two best-loved children's picture book creators.

Nick Butterworth is a British writer and illustrator of children's books whose books have been published in thirty languages worldwide, with international sales in the region of fifteen million. His many awards include the top award from the Society of Illustrators and the prestigious Nestle Gold Award for the critically acclaimed, The Whisperer. His hugely popular series of books about Percy The Park Keeper, which alone, has achieved sales of more than nine million, has encouraged generations of children to take an interest in, and care for, the natural world around them. Mick Inkpen is one of the top-selling picture book author-illustrators in the world with millions of readers, and his stories being translated into over twenty different languages. He started out as a graphic designer, during which time he started working with much-loved children's author Nick Butterworth, from whom he learned design and typography. Mick has won numerous awards world-wide including The British Book Award for Penguin Small, The British Book Award for the best illustrated book, for Lullabyhullabaloo, and Kipper won a BAFTA for best animated children's film in 1998.