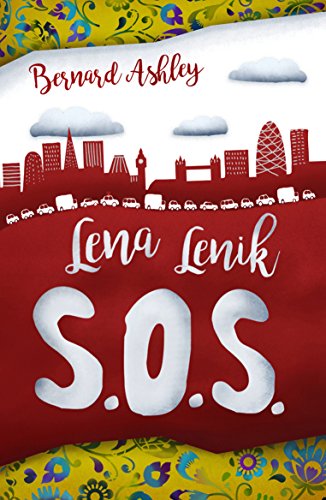 Lena's mum is expecting a new baby but Lena is more interested in her own concerns, most pressingly her quest for as many Scout badges as her sleeve can hold and having fun at Polish Club. When Lena's mum goes into labour, the midwife is caught in traffic and dad's out of range, Lena suddenly faces a challenge like no other!A wonderfully heartfelt tale, from a writer renowned for his realism, empathy and compassion for the underdog.Particularly suitable for struggling, reluctant and dyslexic readers aged 7+

Bernard Ashley was a Head Teacher for thirty years before he became a full-time writer for children. His debut novel The Trouble with Donovan Croft won the Other Award, the alternative to the Carnegie Medal, and several of his other titles have been highly commended by the Carnegie Medal panel.

Book Description Paperback. Condition: Good. The book has been read but remains in clean condition. All pages are intact and the cover is intact. Some minor wear to the spine. Seller Inventory # GOR009189586

Book Description Paperback. Condition: Very Good. The book has been read, but is in excellent condition. Pages are intact and not marred by notes or highlighting. The spine remains undamaged. Seller Inventory # GOR008343217

Book Description Barrington Stoke, 2017. Paperback. Condition: Very Good. Lena Lenik S.O.S. (4u2read) This book is in very good condition and will be shipped within 24 hours of ordering. The cover may have some limited signs of wear but the pages are clean, intact and the spine remains undamaged. This book has clearly been well maintained and looked after thus far. Money back guarantee if you are not satisfied. See all our books here, order more than 1 book and get discounted shipping. . Seller Inventory # 7719-9781781125717