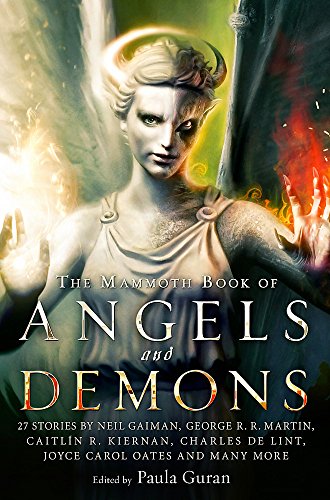 Despite our tendency to think of the demonic as evil and the angelic as good, our own legends don't always bear this out. Angels can be the incarnation of light and salvation, but they can also fall - Satan himself is a fallen angel. Demons can be truly demonic, but these unearthly creatures can also, on occasion, lend humankind a hand. Temptation can lead to revelation, supernatural messengers who bring true justice may not be welcomed, and beings seeking redemption can be blind to mortal needs. Stories from world-renowned authors of science fiction and fantasy - including Neil Gaiman, George R. R. Martin and Joyce Carol Oates - and rising stars portray angels in all their glory, demons at their most dreadful, and a surprising variety of modern interpretations of ancient myth.

1. The Mammoth Book of Angels & Demons