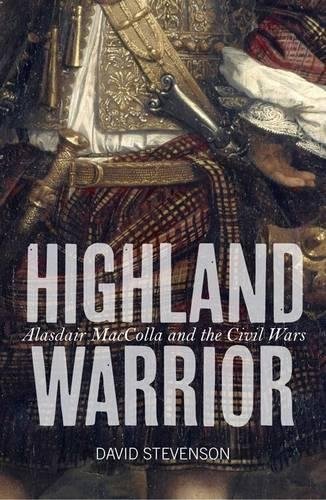 In 1644 James Grahame, Marquis of Montrose, stormed his way into legend with a series of astonishing victories over the Covenanters. At his side stalked a shadowy but terrible ally - Alasdair MacColla, who had a far more ancient agenda of his own. MacColla's aim was nothing less than the effective destruction of the power of Clan Campbell and its replacement by the older overlordship of the Macdonalds. MacColla was the first - and perhaps the last - great Celtic general of modern times, who lived at a dynamic time which saw the increasingly forgotten and marginalised Gaelic speaking peoples of Scotland and Ireland nearly succeed in regaining control of their lands and destiny. The author argues that it was in fact MacColla and not Montrose who was the true architect of the 'Year of Victories', and that without his Highland ally, Montrose's blunders would have doomed him to disaster, thus presenting a compelling and radical reappraisal of Scottish history during the crucial years of the 1640s. As MacColla's actions were unwittingly to lead his people and culture to ruin, so his own career ended in chaos when, despite leading his own troops in a victorious charge, an incompetent general led him to defeat and death at Knocknanuss in Ireland.

'Have you ever forgotten that battle at Lochy, When we with our blades mowed you down like oats standing? And likewise Auldearn where our mighty MacColla Left your hero from Lawers lying lifeless and silent, That rebel from hell with his regiment accurst! You scattered and fled like sheep from a martin, On the day of Kilsyth your panic was fearful... We left not alive a single survivor Of the breed of MacCailean we met in that battle...' --Alexander MacDonald

David Stevenson is Professor Emeritus of Scottish History at the University of St Andrews and the author of numerous books, including the standard two-volume history of the Covenanters. His most recent work, The Beggar's Benison, was published by Tuckwell Press.