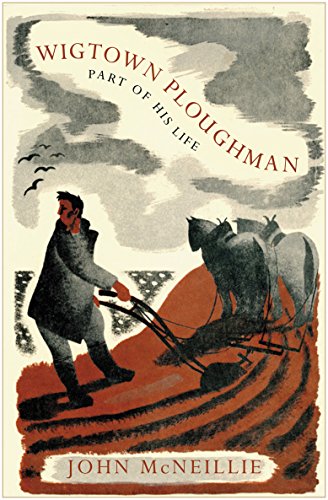 In following the growth to manhood of young Andy Walker, the novel provides a realistic depiction of the lives and living conditions of the labouring poor the cotfolk in the Machars of Wigtownshire. The son of an abusive father, Andy leaves school at thirteen and works for a succession of corrupt and cruel land-owners. Driven from one estate for refusing to marry the mother of his illegitimate child, he drifts into a life of petty crime, all the time sinking further into a continuing cycle of violence and poverty. A chance encounter leads to the prospect of a professional boxing career, but realizing himself to be a true son of the soil, Andy returns to farm work, accepting his destiny with elegiac resignation. An uncompromisingly gritty tale filled with relentless violence and unrelieved squalor, its impact on publication in 1938 was widespread and extraordinary. Public reaction was sharply divided between those who loathed it and those who thought it true; and the controversy around it even reached the House of Commons.

John McNeillie was born in Old Kilpatrick in 1916. He wrote over forty books, most under the pen-name Ian Niall. These include No Resting Place (1948), a tale of Machars traveller folk, filmed in Co. Wicklow by Paul Rotha. His classic The Poacher s Handbook (1950) also derives much from the Machars where McNeillie spent part of his early childhood, with his grandparents at North Clutag farm, as told in his memoir A Galloway Childhood (1967).

Book Description Paperback. Condition: Very Good. The book has been read, but is in excellent condition. Pages are intact and not marred by notes or highlighting. The spine remains undamaged. Seller Inventory # GOR004921536

3. Wigtown Ploughman : Part of His Life

Book Description Birlinn, Limited, 2012. Condition: Good. Ships from the UK. Former Library book. Shows some signs of wear, and may have some markings on the inside. Seller Inventory # GRP79367413

4. Wigtown Ploughman : Part of His Life

Book Description Birlinn, Limited, 2012. Condition: Good. Ships from the UK. Shows some signs of wear, and may have some markings on the inside. Seller Inventory # 16998968-20

5. Wigtown Ploughman : Part of His Life