Items related to The Caine Prize for African Writing 2018: Redemption... 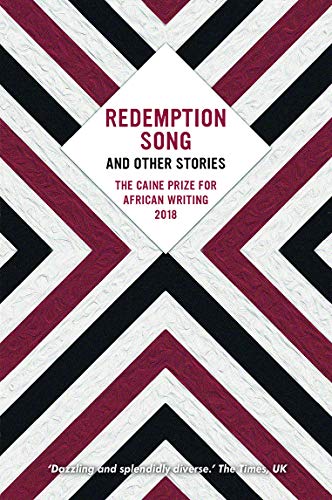 "An admirable and essential gateway to current African fiction" --Booklist

"Dazzling and splendidly diverse" --The Times

-- --Kirkus Reviews About the Author:

Olufunke Ogundimu was born in Lagos, Nigeria. She has an MFA from the University of Nevada, Las Vegas. Her work has been published in Dream Chasers, Nothing to See Here, Red Rock Review, New Orleans Reviewand Transition Magazine. She is working on a short-story collection reluctantly entitled The Was Thing, and a historical novel set in the 12th-century Oyo Kingdom, titled Memories of Three Rivers. 'The Armed Letter Writers' was first published in "The African Literary Hustle" issue of The New Orleans Review (2017). Wole Talabi is a full-time engineer, part-time writer and some time editor from Nigeria. His stories have appeared in The Magazine of Fantasy and Science Fiction, Omenana, Terraform, The Kalahari Review, Imagine Africa 500 anthology, and a few other places. He edited the anthologies These Words Expose Us and Lights Out: Resurrection and co-wrote the play Color Me Man. His fiction has been nominated for several science fiction and fantasy awards. He likes scuba diving, elegant equations and oddly-shaped things. He currently lives and works in Kuala Lumpur, Malaysia. "Wednesday's Story" was first published in Lightspeed Magazine(2016). Makena Onjerika is a graduate of the MFA Creative Writing programme at New York University, and has been published in Urban ConfustionsandWasafiri. She lives in Nairobi, Kenya, and is currently working on a fantasy novel. "Fanta Blackcurrant" was originally published in Wasafiri (2017 ). Stacy Hardy is a writer and an editor at the pan African journal Chimurenga and a founder of Black Ghost Books, South Africa. Her writing has appeared in a wide range of publications, including Pocko Times, Ctheory, Bengal Lights, Evergreen Review, Drunken Boat, Joyland, Black Sun Lit, and New Orleans Review. A collection of her short fiction, Because the Night, was published by Pocko Books in 2015. She is currently finalizing a second collection to be published in 2019 and is also working on a novella. "Involution" appeared first in Migrations: New Short Fiction from Africa, co-published by Short Story Day Africa and New Internationalist (2017 ). Nonyelum Ekwempu is a Nigerian writer and visual artist. She grew up in the bustling city of Lagos and in small villages in southwestern and southeastern Nigeria. Her art is inspired by jazz, the African immigrant experience, and the colours and vibrancy of various African cultures. She is currently a medical student at Loyola University Chicago Stritch School of Medicine. "American Dream" was first published in Red Rock Review (2016) and republished in The Anthem.

1. Redemption Song and Other Stories

4. Redemption Song and Other Stories : The Caine Prize for African Writing 2018

Book Description New Internationalist, 2018. Paperback. Condition: New. WE ARE PROCESSING ORDERS AS NORMAL DURING THIS VIRUS EPIDEMIC, ALL ITEMS ARE SENT BY ROYAL MAIL. DISPATCHED FROM THE UK WITHIN 24 HOURS ( BOOKS ORDERED OVER THE WEEKEND DISPATCHED ON MONDAY) BY ROYAL MAIL. ALL OVERSEAS ORDERS SENT BY AIR MAIL. WE ALSO ACCEPT PAYMENT IN US DOLLARS OR EURO BY BANK TRANSFER. Seller Inventory # mon0000703282

8. Redemption Song and Other Stories: The Caine Prize for African Writing: 2018

Book Description New Internationalist Publications Ltd. Paperback / softback. Condition: New. New copy - Usually dispatched within 3 working days. Now in its nineteenth year the Caine Prize for African Writing is Africa's leading literary prize, and is awarded to a short story by an African writer published in English, whether in Africa or elsewhere. Seller Inventory # B9781780264615

9. Redemption Song and Other Stories