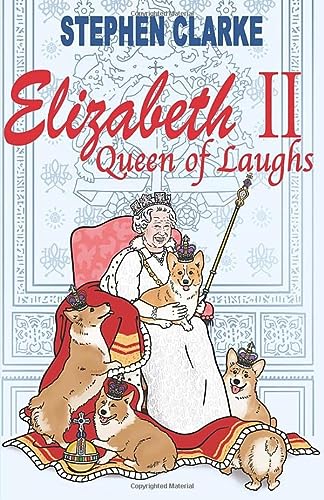 The book that was a bestseller in France, and convinced the anti-royalist French to love the Queen.By the author of "1000 Years of Annoying the French", "A Year in the Merde" and "How the French Won Waterloo, or Think They Did".The Sex Pistols famously sang that the Queen "ain't no human being". And seeing her frowning beneath the weight (1.9kg) of her crown and ceremonial robes, you might believe it. But in fact, Elizabeth II has a sharp sense of humour that she deploys even at moments of great ceremony. Back in 1953, as she entered Westminster Abbey for her coronation to begin, she told the Archbishop of Canterbury "give me a push to get me started". When she welcomed French President Sarkozy to Windsor Castle in 2008, she met him in a carriage pulled by horses called Agincourt and Zut Alors. And to read out the government's speech announcing Brexit in 2017, she wore a royal blue hat decorated with yellow-centred flowers – the colours of the European Union flag. Behind the severe façade, there is clearly something wickedly witty going on. This book is a compilation of anecdotes about the Queen and her family (including that champion of the royal gaffe, Prince Philip), detailing all the quips, tricks and practical jokes that lighten their otherwise heavily formal lives. As the Queen herself once said when asked about her garish outfits: "If I wore beige, no one would see me."