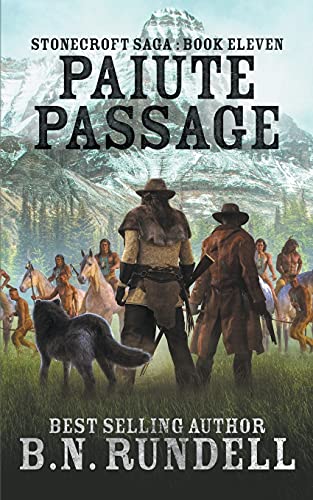 Book Description Wolfpack Publishing LLC, United States, 2020. Paperback. Condition: New. Language: English. Brand new Book. BLOOD WOULD BE SPILT, LIVES CHANGED AND DECISIONS MADE.When the Salish War Leader, Spotted Eagle appeared in the clearing before their cabin, life-long friends Gabe and Ezra weren't sure what to think. This man had shown himself to be their friend, and now he invited them to join him and the village on a buffalo hunt. With winter just around the corner, it seemed the likely thing to do, but had they known what the journey would bring, they might have had second thoughts.Gabe and Ezra's discovery of the massacre of the Paiute village, and the three survivors that told the story, was just the beginning of the fight against the warring Waiilatpus. When the band of raiders also attacked the Salish and fled, it was up to Gabe and Ezra to seek some vengeance and recapture the stolen girls.A pursuit across the lava beds of the Snake River plains, a fight in the dead of night, a thundering stampede of buffalo and a horde of bugs that shrouded the entire valley, were just the added complications to a simple buffalo hunt, or perhaps more. The unorthodox ways of the two non-native men would earn Gabe more scars, Ezra a new name, the lasting friendship of the Paiute and the gratefulness of the Salish. Seller Inventory # AAV9781647341800

Book Description Wolfpack Publishing, 2020. Paperback. Condition: New. Paperback. When the Salish War Leader, Spotted Eagle appeared in the clearing before their cabin, life-long friends Gabe and Ezra weren't sure what to think.Shipping may be from our Sydney, NSW warehouse or from our UK or US warehouse, depending on stock availability. 280 pages. 0.304. Seller Inventory # 9781647341800