Items related to The King: Ruler of Israel

The King: Ruler of Israel 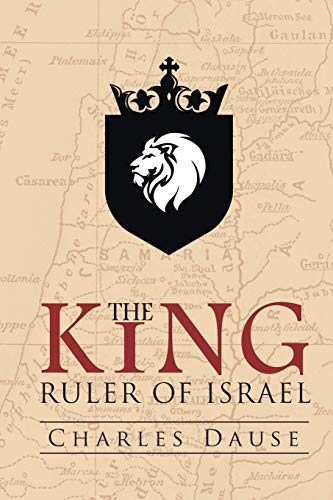 After centuries of being led by prophets and tribal judges, Israel is finally given a king to rule over them. However, their king is not the man he should be. The God of Israel, from whom all authority is ultimately derived, selects another man to take the king's place on the throne. Unfortunately, it is not a simple process to replace a king, as the young David finds out. The shepherd boy is incorporated into the royal house of Saul and stands up to the Philistine giant, and slowly but surely climbs the ranks of the Israelite army. Eventually, he becomes so successful King Saul sees him as a threat, and David flees from his master. Through years of trials, his faith and leadership capabilities are tested and refined until David is ready to take over the throne. Join the young hero on his epic journey as he navigates through battle and betrayal, heartache and joy, to become the man after God's own heart.

Charles Dause was born in Lexington, Kentucky, in 1981. He moved to Florida at the age of nine and lived in Valrico until graduating high school. Growing up, Charles played football and baseball and enjoyed horseback riding and spending time with friends. He made a decision for Christ at age twelve and was baptized soon afterward. After high school, Charles enlisted in the US Marine Corps and served as an infantryman. He took part in the invasion of Iraq in March 2003 and returned for a second tour in 2004. After his discharge, Charles returned to Florida and moved to Tampa, where he worked several part-time jobs and attended school. In 2007 he became a corrections officer working for the Florida Department of Corrections. In 2010, Charles had the opportunity to take part in a mission trip to the country of Uganda through his church. It was a life-changing experience for him. Seeing God work in the hearts of not only the Ugandans but also the volunteers on the trip opened up his eyes to the great love of our Lord and Savior. Shortly after he returned, Charles met and married his beautiful wife, Tracey. They have four amazing children. Tracey works as a pediatric physical therapist, and Charles continues to work for the Department of Corrections, now as a chaplain.