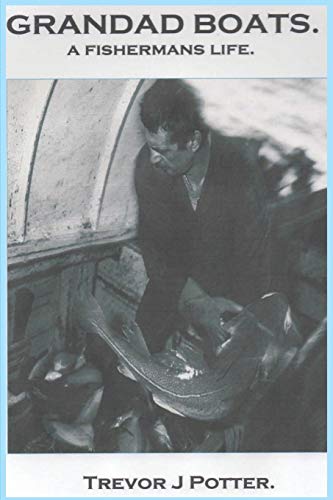 Trevor J Potter, I was born in a small town called Beccles, in Suffolk, England. I did my first trip at the age of 13 and the last at the age of 47, spending ten years based out of Lowestoft, about the same out of Grimsby, and the rest of my fishing life from North Shields. Where I now reside. I also fished from Wick in the Moray Firth for a short spell, landing fish in Wick and Aberdeen. This pic was taken in the wheelhouse of the Lowestoft trawler Mincarlo in 2011 she is now a floating museum, it is sad to think that I sailed on her when she was a new boat 1967. That goes to show how fast an industry can die, but I think I was lucky to see the good times in fishing. This picture was taken by my sister Janice Saunders, and she still lives in Suffolk. This book contains some bad language, hope it does not offend but that was part of life at sea. Trevor J Potter.