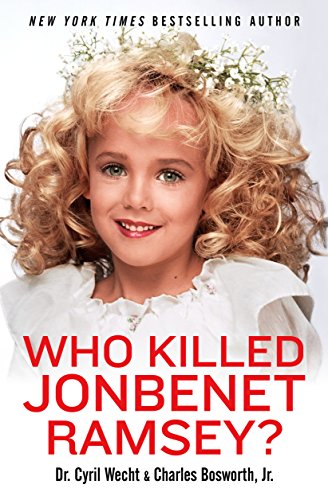 Bestselling author Charles Bosworth, Jr. collaborates with nationally renowned forensic pathologist Dr. Cyril Wecht to reveal the startling truth behind the JonBenet murder in riveting detail. Includes a reproduction of the ransom note, the full text of the autopsy report, and eight pages of photos.

It was Christmas when the neighbors heard the screams. They came from a Tudor mansion on a quiet street in peaceful Boulder, Coloradoa suburban home that would soon become the most infamous house in the country. It was here that six-year-old beauty queen JonBenet Ramsey livedand it was here that she died. When the little girl went missing, the police assumed she'd been kidnapped. But when her broken body was found hidden in the basement, the case became a murder investigation, and the prime suspects were her parents. JonBenet's death shocked the nation, but despite relentless media scrutiny, the crime was never solved. Using publicly-available evidence, legendary forensic investigator Cyril Wecht formed a provocative, comprehensive theory of the events leading up to her death. Now, for the first time, the whole story can be told. In this gripping true crime account, the full tragedy of JonBenet will finally be revealed.

Book Description Paperback. Condition: New. Paperback. Shipping may be from multiple locations in the US or from the UK, depending on stock availability. 0.272. Seller Inventory # 9781631680960