Osborne, Kenan B. Science and Religion: Fifty Years After Vatican II: A Time of Peace and Reconciliation

Science and Religion: Fifty Years After Vatican II: A Time of Peace and Reconciliation 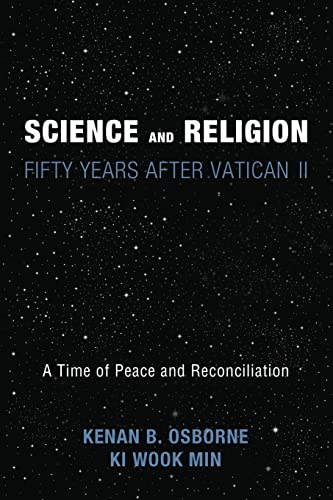 In the past one hundred years, two major realities have changed both science and religion. The world of science has been enriched by quantum physics, the computation of the age of the universe, archaeological data in the Middle East, and a scientific stress on historical writing. The world of religion has been enriched by the establishment of the World Council of Churches and the Second Vatican Council. In the past fifty years, major scientists and major religious leaders have met together again and again. In the past fifty years, religious leaders from Christianity, Islam, and Judaism have held a number of thought-provoking conferences. In this volume, these gatherings are reviewed and evaluated. Two major religious problems have challenged the science-religion discussions, namely, which God should the scientists agree on, the Trinitarian God, Allah, or Yahweh? Which history of the universe sponsored by these three religions should scientists be looking for? This volume raises questions and suggests some preliminary forms of serious discussion.

Kenan B. Osborne is a professor emeritus of the Graduate Theological Union, Berkeley, where he taught for forty-three years. He was president of the Catholic Theological Society of America and a member of the national board of American Academy of Religion. Ki Wook Min is a scientist from Seoul, Korea. Currently he is writing a doctoral dissertation at the Center for Theology and the Natural Sciences in Berkeley under the direction of professors Robert Russell and Ted Peters.

1. Science and Religion: Fifty Years After Vatican II: A Time of Peace and Reconciliation

2. Science and Religion: Fifty Years After Vatican Ii: a Time of Peace and Reconciliation