Items related to Star Wars: Darth Vader and the Cry of Shadows

Star Wars: Darth Vader and the Cry of Shadows 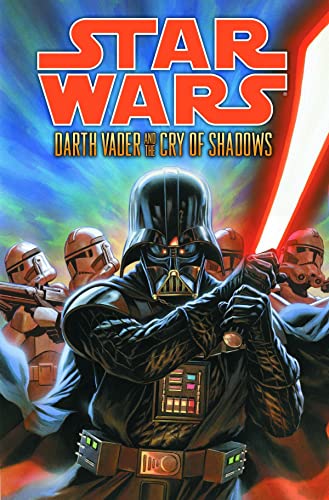 Fuelled by bitterness and anger, Hock joins up as a Stormtrooper and begins fighting for the Empire. During a battle against remnant separatists (his former allies), Hock find finds himself fighting alongside Vader himself. Determined to impress his new master, he realises this is the destiny he has been working towards for his whole life. A key addition to the Star Wars graphic collection, Darth Vader And The Cry Of Shadows is a dark and beautifully drawn chapter.

Tim Siedell is a freelance writer and contributor to a diverse range of publications and projects within the entertainment industry. He remains best known for his Twitter account, which is a fact he finds somewhat embarrassing. He's been called one of the best people to follow on Twitter by the likes of Maxim, MSNBC, NPR andTIME magazine--and has twice been named the top person to follow by Paste Magazine.Advertising Age named him one of 21 influencers reshaping media. His first comic book series wasStar Wars: Darth Vader and the Ninth Assassin.

Star Wars: Darth Vader and the Cry of Shadows