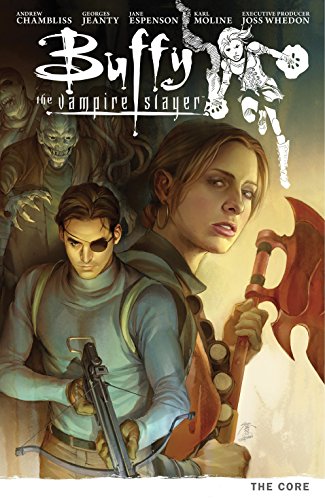 When Dawn falls ill, it's up to best friends Buffy, Xander, and Willow to join forces and find a supernatural cure in a world sorely lacking magic. The trio must fight their way into the Deeper Well, the former home of Illyria and other ancient gods known as the Old Ones, where they hope to jump-start magic back into existence. But when they discover the volatile Severin and Simone, a Slayer gone rogue, looking to gain access to the Well, Buffy's mission must shift from saving her sister to saving the world.

Joss Whedon was born in New York City in 1964. He started out as a staff writer for the 1990s sitcom Roseanne and worked on films, including Toy Story. In 1992 he penned the script for a film, Buffy the Vampire Slayer, and when the TV version starring Sarah Michelle Gellar took off in 1997, Whedon had his big break--with its female action heroine, Buffy, became a huge hit. Whedon wrote hundreds of episodes for Buffy and its spin-off Angel, and was nominated for Emmy and Hugo awards for his work. Whedon has come to enjoy a cult following. The author lives in Santa Monica, California.

Georges Jeanty is a comic book illustrator and penciller. Born in Brooklyn, Jeanty graduated from Dade University. He is known for his work the Buffy the Vampire Slayer and Serenity comic books. Jeanty has been nominated for an Eisner Award.