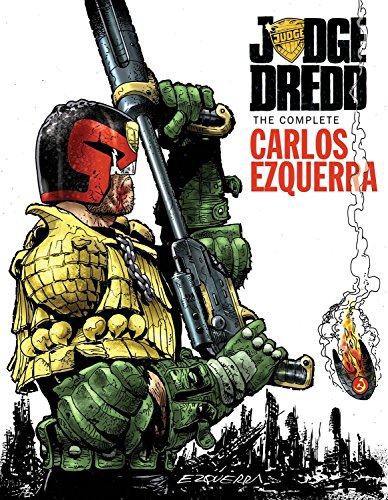 John Wagner is, to many fans, the very heart of 2000 AD. Involved from the earliest days of the Galaxy's Greatest Comic; he co-created Judge Dredd, as well as Strontium Dog, Robo-Hunter and a host of other 2000 AD mainstays, including the critically acclaimed Button Man. Incredibly prolific throughout his career, and writing under a diversity of pen names-often in concert with Alan Grant, with whom he devised and developed 2000 AD's sister comic, Judge Dredd: The Megazine-Wagner has worked extensively beyond the Thargian universe, originating and editing a number of British periodicals as well as writing many American standards, including BATMAN, LOBO, The Punisher and Star Wars bounty hunter Boba Fett. His Paradox Press graphic novel A HISTORY OF VIOLENCE (illustrated by Vince Locke) was adapted into a critically acclaimed film by director David Cronenberg in 2005.