Items related to Ghana During the First World War: The Colonial Administratio... 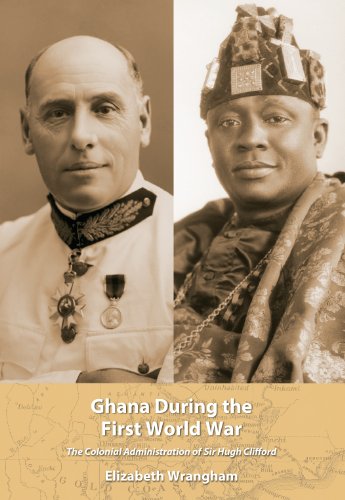 Ghana During the First World War examines a key period in the history of Ghana, then the British colony of the Gold Coast. The focus of this study is the largely neglected economic and administrative impact of global conflict on a vulnerable protectorate. Governor Clifford and his officials could set an agenda but they were not free agents. This was essentially a thinly manned colonial administration, with modest goals, operating on a financial shoestring. It had minimal authority or power to compel. Active and enterprising African subjects were to a large extent makers of their own destiny—whether farmers, clerks, entrepreneurs, professionals, or chiefs.Wrangham reveals a colonial relationship of considerable interdependency. There was a conditional pre-war acquiescence of Africans in an administration which brought some economic benefit and the promise of welfare and development. But experience of economic hardship during and after the war prompted a critical African reassessment of British rule. Far more was demanded of the colonial presence thereafter, in the years running up to independence. Ghana During the First World War captures something of what living in this period was actually like, for both rulers and ruled, in that time and place. Based on a thorough and wide-ranging study of contemporary records in London and Accra, it also contributes to a wider debate on the nature of British colonialism in Africa.This book is part of the African World Series, edited by Toyin Falola, Jacob and Frances Sanger Mossiker Chair in the Humanities, University of Texas at Austin.