Items related to Can't Stop the Beat: The Life and Words of a Beat...

Weiss, Ruth Can't Stop the Beat: The Life and Words of a Beat Poet

Can't Stop the Beat: The Life and Words of a Beat Poet 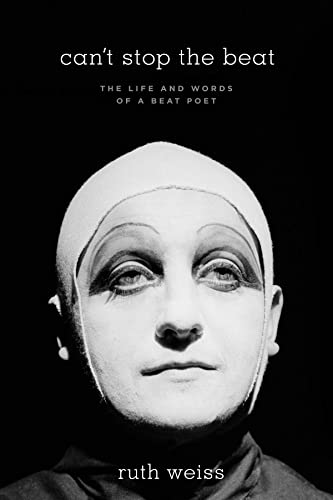 Take a journey into the heart and passion of one of the most brilliant voices of the American Counter-Culture Movement. While men took the spotlight, it was women like ruth weiss who would breathe feminine spirit into the fight for equality between the sexes, the races, and the classes. Celebrated in Europe and under-acknowledged* in the US, during the course of her life ruth weiss innovated poetry with jazz in the San Francisco North Beach scene of the 1950s with contemporaries Jack Kerouac, Allen Ginsberg, Lawrence Ferlinghetti, Bob Kaufman, and others. For the first time in print, one of the last of the original Beat poets ruth weiss presents two masterpiece long form poems: COMPASS (about a road trip through Mexico) and I ALWAYS THOUGHT YOU BLACK (a tribute to her African-American artist friends). Also included are two short form poems TEN TEN and POST-CARD 1995, and a biography of ruth weiss’ life by Horst Spandler: ruth weiss and the American Beat Movement of the ‘50s and ‘60s.

* Largely unacknowledged as an innovator of poetry with jazz, ruth weiss pioneered an art form for which Bob Kaufman, Allen Ginsberg and other men of the era would receive most of the credit.

ruth weiss is one of the last living significant poets of the Beat Generation. Born to a Jewish family during the rise of Nazism, she eventually made her way to the United States where she became friends with and a contemporary of the likes of Jack Kerouac and many other artists of the 1950s American counter-culture movement of San Francisco (specifically in North Beach). In the 1960s she began spelling her name in lowercase in a symbolic protest against “law and order,” since in her birthplace of Germany all nouns are capitalized. She continues to perform live in North Beach and at many jazz and poetry festivals around the world. In this age of high-speed information exchange, she still uses her “Loyal Royal” metal typewriter.

1. Can't Stop the Beat: The Life and Words of a Beat Poet

2. Can't Stop the Beat: The Life and Words of a Beat Poet