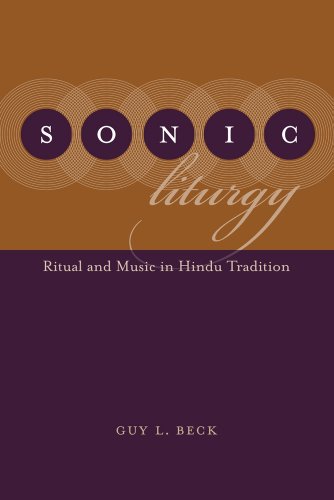 This builds on the foundation of Guy L. Beck's earlier work, Sonic Theology: Hinduism and Sacred Sound, which described the theoretical role of sound in Hindu thought. Sonic Liturgy continues the discussion of sound into the realm of Hindu ritual and musical traditions of worship.

Guy L. Beck is the author of Sonic Theology: Hinduism and Sacred Sound and editor of Sacred Sound: Experiencing Music in World Religions. A U.S. Fulbright-Nehru Senior Research Fellow, Beck has spent more than six years in India studying Hinduism and music, and he has written extensively on the role of sound and music in Indian traditions. Beck teaches religion and music at Tulane University and the University of New Orleans.

Book Description University of South Carolina Press, United States, 2011. Hardback. Condition: New. Language: English. Brand new Book. Sonic Liturgy: Ritual and Music in Hindu Tradition builds on the foundation of Guy L. Beck s earlier work, which described the theoretical role of sound in Hindu thought. Sonic Liturgy continues the discussion of sound into the realm of Hindu ritual and musical traditions of worship. Beginning with the chanting of the Sama-Veda alongside the fire sacrifices of the ancient Indo-Aryans and with the classical Gandharva music as outlined in the musicological texts of Bharata and Dattila, Beck establishes a historical foundation for an in-depth understanding of the role of music in the early Puja rituals and Indian theater in the vernacular poetry of the Bhakti movements in medieval temple worship of Siva and Vishnu in southern India, and later in the worship of Krishna in the northern Braj region. By surveying a multitude of worship traditions, Beck reveals a continuous template of interwoven ritual and music in Hindu tradition that he terms sonic liturgy, a structure of religious worship and experience that incorporates sound and music on many levels. In developing the concept and methods for understanding the phenomenon of sonic liturgy, Beck draws from liturgical studies and ritual studies, broadening the dimensions of each, as well as from recent work in the fields of Indian religion and music. Seller Inventory # AAN9781611170375