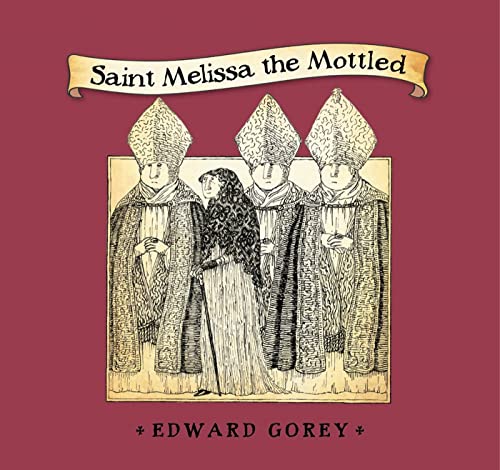 Saint Melissa was canonized not for her performance of healing miracles and martyrdom, but despite (or because of?) her Miracles of Destruction-rough-and-tumble hijinks and dabbles in the supernatural. Instead of the skills proper young ladies studied, Saint Melissa was adept at the bringing on of migraines, the refinement of lust, and the involutions of penmanship and calligrams. And as Gorey wrote, "letters she wrote are still to be delivered, traps she set are still to be sprung, pronouncements she devised are still to be promulgated, objects she hid are still to be found."

Gorey's unique talent should be represented as completely as possible in every collection of American art and literature. (Booklist)

One of the most original artistic and literary minds in late 20th Century America. (Los Angeles Times)

A hilarious, irreverent, and never-before-seen work available for the first time to Edward Gorey's loyal fans.